In coprocessor mode a CANopenIA is a coprocessor to another processor or microcontroller (the 'host'). The communication between the host and the CANopenIA can be implemented via a serial channel (typically UART, optionally I2C or SPI). The CANopen setup and configuration data including the Object Dictionary is stored in non-volatile memory such as an EEPROM or Flash memory. The configuration data is created with the CANopen Architect software package or dedicated setup utilities. 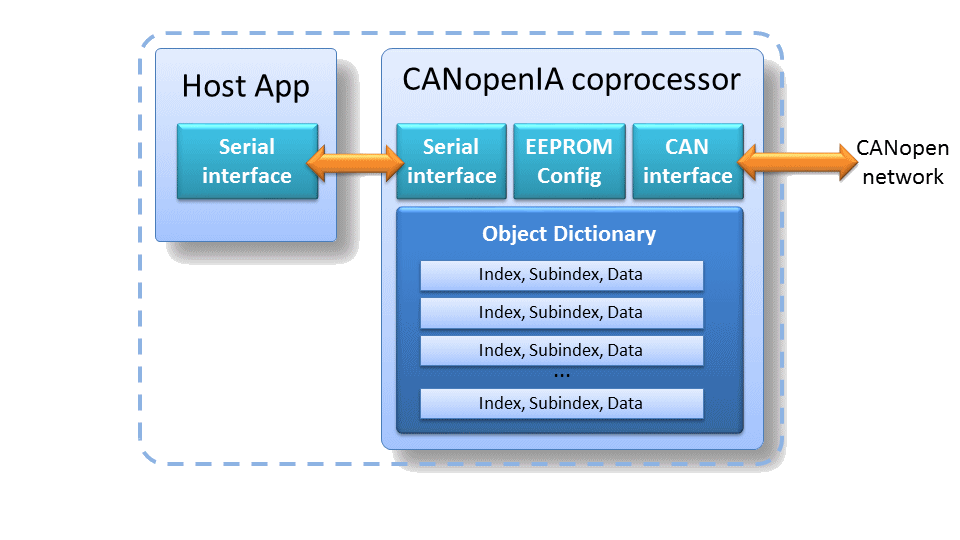 For more details about the communication protocol, see the CANopenIA remote access manual.

The stand-alone mode of CANopenIA is used for direct CANopen connected input / output devices such as sensors, switches and encoders.

The coprocessor mode of CANopenIA is used to give a host controller access to CANopen without the burden to fulfil all communication requirements itself.